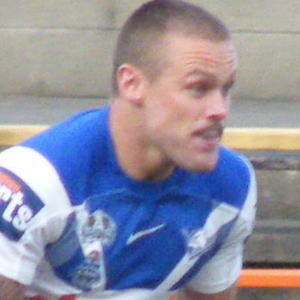 Australian model and former ruby winger known for his time in the National Rugby League with the Perinth Panthers. He's also had success in the Super League as a member of the Castleford Tigers.

He began his NRL career with Cronulla Sutherland in 2003 before moving to St. George Illawarra for two seasons.

His modeling career started while he was still playing rugby, and perhaps had its biggest controversy when he posed naked for a rugby calendar in 2007.

He has his wife's named, Mira Jones, tattooed on him.

Nick Youngquest Is A Member Of