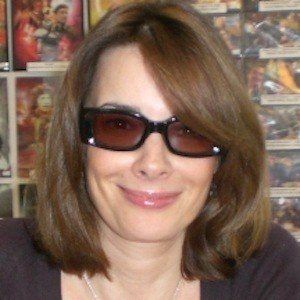 British actress who is best known as Perpugilliam "Peri" Brown in the BBC show Doctor Who. She has also appeared in Holby City and My Family.

She has a younger sister and her parents names are Sheila and Denis Bryant.

She acted alongside Mark Benton in the 2010 TV series Scoop.

Nicola Bryant Is A Member Of