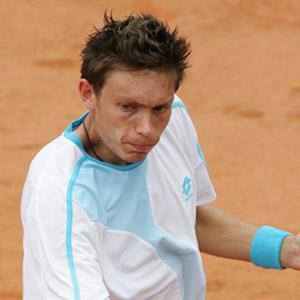 French right-handed tennis player who became known for his serve and volley style of play.

He joined a tennis club at age 11.

He played one of the longest professional tennis matches in history against John Isner at the 2010 Wimbledon Championships; the match lasted three days, 11 hours and 5 minutes, and 183 games; Isner eventually won.

He grew up with three older brothers and a sister.

He defeated Rafael Nadal in straight sets, probably one of the top two highlights of his career.

Nicolas Mahut Is A Member Of