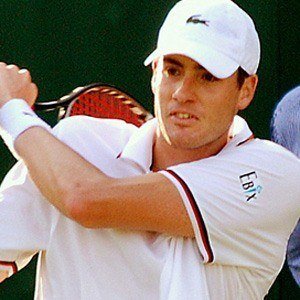 American tennis professional who was ranked singles World No. 9 on March 19, 2012.

He won the NCCA championship with the University of Georgia in 2007.

He competed against Nicolas Mahut in the longest tennis match in history as of 2010, clocking in at 11 hours 5 minutes over three days.

He grew up with two brothers, Nathan and Jordan.

He lost in the quarterfinals of the 2012 Olympics to Roger Federer .

John Isner Is A Member Of