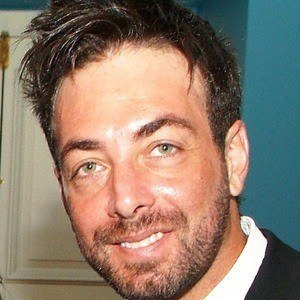 Chilean tennis player who turned pro in 1997; by 2013, he was a two-time Olympic gold medalist and six-time singles ATP titleholder.

He was introduced to tennis at age five by his grandfather and later attended High Performance Center in Barcelona, Spain.

His nickname is 'Vampiro,' which is Spanish for 'Vampire.'

He was born to Sonia Fried and Manuel Massu and grew up with brothers Stefano, Jorge, Geza, and Yuri.

He defeated Mardy Fish at the 2004 Athens Olympics, earning a gold medal.

Nicolas Massu Is A Member Of