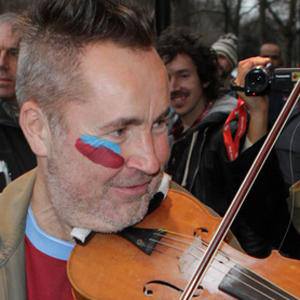 An award-winning violinist known for his abrasive personality and dedication to perfection.

He was considered a musical prodigy at the age of ten and first attended the Yehudi Menuhin School of Music, then the Juilliard School.

He won the Outstanding Contribution to British Music award at the BRIT Awards in 1997 and was awarded the Male Artist of the Year Award four years later.

He had a son named Sark with a previous girlfriend, and later married a Polish woman named Agnieszka.

He performed and recorded many violin covers of songs by Jimi Hendrix.

Nigel Kennedy Is A Member Of