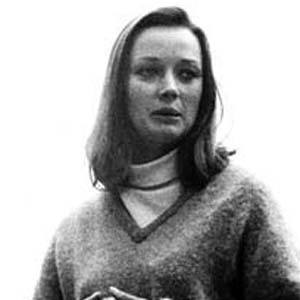 French artist who sculpted "The Golem," "L'Ange Protecteur," and other large-scale, eccentric works. Also famous for The Tarot Garden that took 20 years to complete.

She was a fashion model as a teen, appearing on the September 26, 1949, cover of Life magazine and the November 1952 cover of French Vogue. She briefly attended New York City's Brearley School.

She created a series of plaster and plastic sculptures depicting women as brides and mothers.

She married author Harry Matthews. In 1951, the couple had a daughter named Laura.

She created a sculpture of Miles Davis that stands outside of a hotel in Nice, France.

Niki de Saint Phalle Is A Member Of