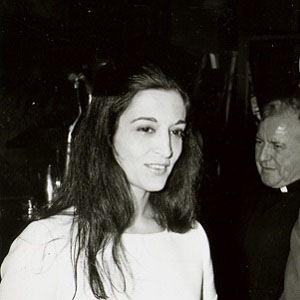 French sculptor whose work was influenced by Abstract Expressionism, Pop Art, and many other artistic movements. Her famous sculptures include Dust Bowl Migrants, Father Damien, and The Party.

She and abstract expressionist artist Willem de Kooning were friends and contemporaries.

Her admiration for Leonardo Da Vinci inspired a sculpture entitled The Last Supper.

Marisol Escobar Is A Member Of