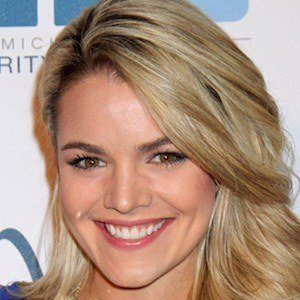 Reality TV star known for being on season 18 of The Bachelor. She ultimately won the show and dated Juan Pablo Galavis for about seven months afterwards. Galavis famously did not tell Ferrell he loved her after selecting her at the conclusion of the show.

She was working as a pediatric nurse when she appeared on the show.

She and Galavis broke up after appearing on Couples Therapy. She has more than 320,000 followers on Instagram.

Her boyfriend Tyler Vanloo proposed to her at the end of 2015.

She and Andi Dorfman were both on season 18 of The Bachelor.

Nikki Ferrell Is A Member Of