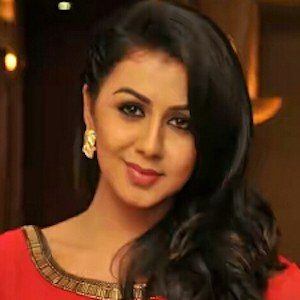 Film actress known primarily for her work in Malayalam and Tamil films, she is perhaps best recognized for her acclaimed performance as Manjula Sasidharan in the 2014 film 1983.

Though her family hoped she would become a doctor, she instead studied fashion design at Bishop Cotton Girls College. From there she began modeling.

In 2015, she won the Edison Award for Best Debut Actress for her role in Darling.

Her parents are Manohar and Reshma Galrani. Her sister, Archana, is a model and actress better known by the stage name Sanjjanaa.

Nikki Galrani Is A Member Of