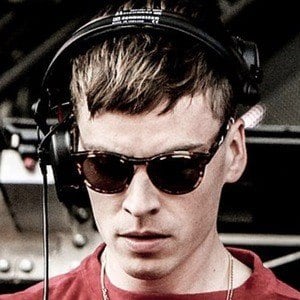 Dutch DJ who goes by the name "Nizzle." He's known for his work with the group Yellow Claw, of which he is the youngest founding member.

He started making music in the early 2010s, rising to prominence when he won the BNN BED DJ contest.

Yellow Claw's YouTube channel has more than 1.9 million subscribers. He and the band founded their own label, Barong Family, in 2014.

He was born and grew up in Holland, as did the other members of Yellow Claw.

He's performed with Jim Aasgier as part of Yellow Claw.

Nils Rondhuis Is A Member Of