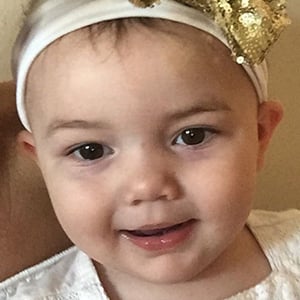 Daughter of YouTube star Lacey, who runs the popular parenting and lifestyle channels Mommyof3xo and LaceyandBabies.

Her mother Lacey started vlogging on YouTube before she was even born.

She's featured in sevearl of her mother's YouTube videos.

She has three older siblings named Mya, Alayah, and Bernie, as well as younger brothers named Isaiah and Isaac.

She and Jackson Khai Nguyen are both children of popular family vlogging channels.

Nina Mommyof3xo Is A Member Of