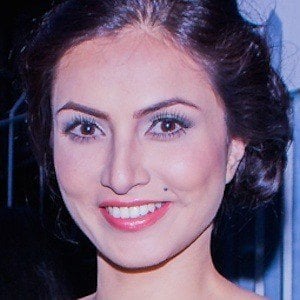 Model and pageant queen known for her role in the 2010 film First Love.

She was also known as a humanitarian and spent a considerable amount of time working on behalf of the charity, Autism Care Centre.

She was born in Kathmandu.

She stars alongside Rajesh Hamal in the 2014 film Mukhauta.

Nisha Adhikari Is A Member Of