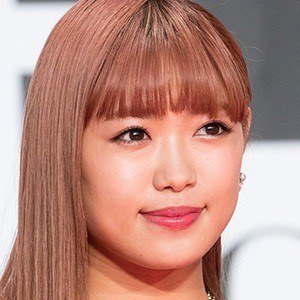 Dancer who became a member of the Japanese girl group E-girls after competing on the reality show Exile Presents Vocal Battle Audition. Additionally, she is an actress who has appeared in such films as Mischievous Kiss the Movie Part 1: High School (2016).

She originally appeared on Exile Presents Vocal Battle Audition in 2011.

She has been an exclusive model for the teen fashion magazine Pichi Lemon.

She was born in Kasukabe, Japan.

She and Chiharu Muto have both been members of E-girls.

Nonoka Yamaguchi Is A Member Of