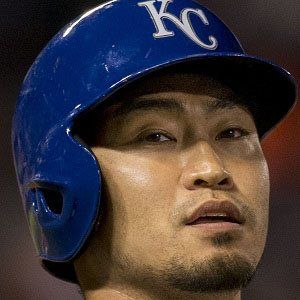 Seven-time Nippon Professional Baseball All-Star who made his MLB debut with the Brewers in 2011. After three years with the Brewers he became a starting outfielder for the Kansas City Royals, helping the team reach the 2014 World Series.

He began his professional baseball career for the Yakult Swallows in 2004.

He had a daughter with wife Sachi Ohtake.

He became teammates with Kyle Lohse on the Milwaukee Brewers in 2011.

Norichika Aoki Is A Member Of