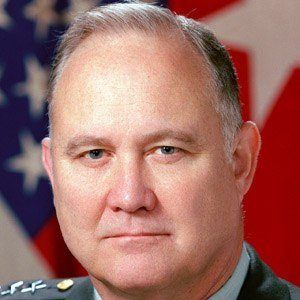 Decorated U.S. Army General who served as the Commander-in-Chief of United States Central Command for the coalition forces in the Persian Gulf War.

He was born in Trenton, New Jersey and later attended the U.S. Military Academy at West Point, where he wrestled, played football, and sang in and conducted the choir.

He served two tours in Vietnam and received numerous military honors for his bravery during the Vietnam War.

His father, Norman Schwarzkopf, Sr., was the lead investigator into the famous Lindbergh kidnapping.

He supported the re-election campaign of President George Bush.

Norman Schwarzkopf Jr. Is A Member Of