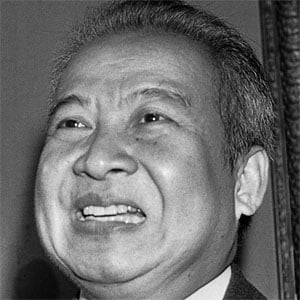 He was educated in Saigon, Vietnam.

He has also served multiple terms as Cambodian Prime Minister, president, and sovereign prince and the Guinness Book of World Records named him as the politician who has been in the greatest variety of political offices.

He and his wife of more than five decades, Norodom Monineath, had 14 children.

He was threatened with a coup attempt by Cambodian general Lon Nol in 1970.

Norodom Sihanouk Is A Member Of