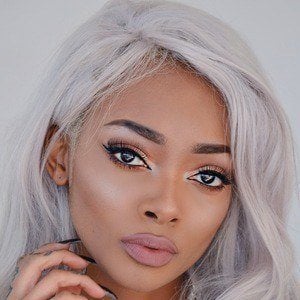 Fashion writer and blogger most well known for her self-titled style blog. She has also become insanely popular on social media, earning more than 1.5 million Instagram followers for posting photos of her personal style and beauty shots.

She was born in Middlesbrough; she moved to Lesotho at the age of three. She moved to Wales at 9 years old and has been living in Europe since. She began blogging on the platform Tumblr and has been running the self titled blog since.

Both she and Imogen Anthony are fashion bloggers known for their daring style.

Nyane Lebajoa Is A Member Of