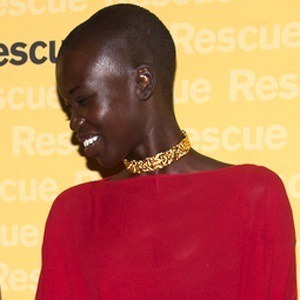 Sudanese model who is recognized for her work with fashion industry titans Louis Vuitton, Balenciaga, Rick Owens, and Vivienne Westwood. In 2015 she sparked a controversial race debate on Instagram.

She grew up in Ethiopia as refugee due to having been displaced by a civil war in her native Sudan. She was discovered by a fashion scout at the age of 14.

She was the focus of an editorial run by FRUK Magazine.

She is originally from South Sudan.

In an interview she acknowledged the impact that model Alek Wek had on the industry.

Nykhor Paul Is A Member Of