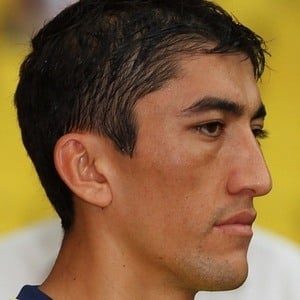 He first began his career in 2006 with the Pakhtakor Tashkent club. In 2007, he made his debut with the Uzbekistan national team. In 2011, he joined the Anzhi Makhachkala FC and in 2017, he started playing with the Shanghai SIPG club.

He was born and raised in Namangan, Uzbek SSR.

Other professional footballers also known for their work with the Shanghai SIPG club include Hulk and Asamoah Gyan.

Odil Ahmedov Is A Member Of