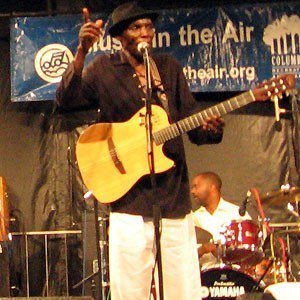 Zimbabwean musician and singer whose unique musical style, a blend of various other styles, is known as Tuku Music.

He began performing in 1977 with the band the Wagon Wheels.

He is identified by his unique, husky voice.

He was married to Melody Murape from 1979 until 1993. He later married Daisy Mtukudzi up until his death in 2019. He had five children.

He is one of few Zimbabwean artists who refrained from criticizing President Robert Mugabe.

Oliver Mtukudzi Is A Member Of