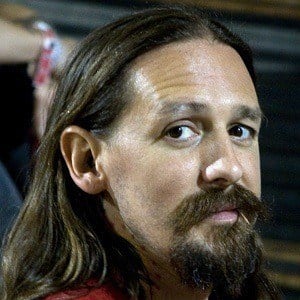 Tattoo artist and co-owner of Texas-based Elm Street Tattoo, as well as owner of the Los Angeles-based True Tattoo, who is better known for being a judge on Ink Master.

He was 19 years old when he took up tattooing.

He joined the Guinness Book of World Records after creating 415 different renditions of a tattooed number 13 in a consecutive 24-hour span.

Oliver Peck Is A Member Of