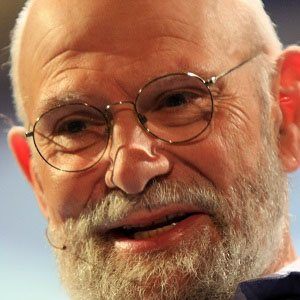 Author and neurologist whose bestselling popular science books include Musicophilia, An Anthropologist on Mars, and The Man Who Mistook His Wife for a Hat.

He earned his medical degree from Oxford University and later opened a neurology practice in New York City.

He taught neurology and psychiatry at the New York University and Columbia University Medical Centers.

He was born to Jewish parents in London, England. A shy man afflicted with prosopagnosia -- a neurological inability to recognize faces -- he remained a bachelor for many years.

Oliver Sacks Is A Member Of