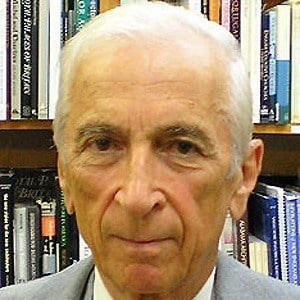 American author who wrote for The New York Times and Esquire Magazine. His famous pieces of literary journalism include articles about singer Frank Sinatra and baseball player Joe DiMaggio.

He belonged to the Phi Sigma Kappa fraternity while he attended the University of Alabama.

He is mentioned in the lyrics of the Pete Townshend song, "Communication."

He was born in New Jersey to an Italian-American family. He and his wife, Nan, had two daughters.

His 1966 Esquire article on Frank Sinatra, "Frank Sinatra Has a Cold," became one of the most influential American magazine articles of all time and inspired a new generation of journalism.

Gay Talese Is A Member Of