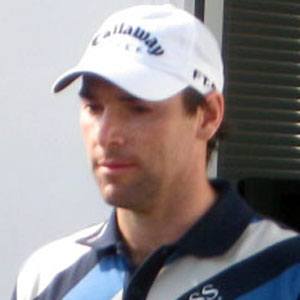 English golfer known for being a multiple-time Seve Trophy champion. As an amateur, he won three straight Palmer Cup titles representing Great Britain and Ireland from 2001 to 2003.

He attended Augusta State University and began his professional career in 2003.

He married a woman named Lauren.

He teamed up with Graeme McDowell on the European Ryder Cup team in 2008.

Oliver Wilson Is A Member Of