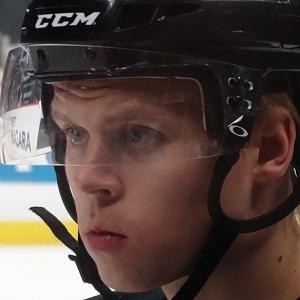 Finnish defender who began his NHL career with the Pittsburgh Penguins in 2013. He helped the team win Stanley Cup Championships in 2016 and 2017. He represented Team Finland at the 2014 Winter Olympics in Sochi.

He started playing hockey for his hometown team's under 16 program.

He was selected 85th overall by SKA St. Petersberg in the 2011 KHL Draft.

He grew up with his parents and two older brothers in Jyvaskylä, Finland. He's the youngest of three brothers; his older brothers are named Antti and Eero.

He became the youngest ever Finnish hockey player to participate in the under-20 World Championships and held the record until Aleksander Barkov Jr. later broke it.

Olli Maatta Is A Member Of