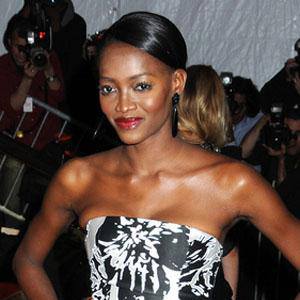 Nigerian supermodel known for her magazine covers, which include Nylon and Marie Claire, among others.

When she was 17, she won the Face of Africa contest. This led many to urge her to pursue modeling more seriously.

She is a committed humanitarian, and has participated in LEAP Africa as well as many other programs aimed at political and social reform in Africa.

She is the daughter of a civil servant and a nurse, and grew up with two brothers and two sisters.

Like Elle Fowler, she has booked several editorial shoots with Marie Claire magazine.

Oluchi Onweagba Is A Member Of