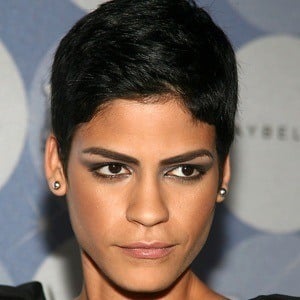 Model and actress who initially gained fame for her unique punk aesthetic. She would later gain fame in film playing Arclight in the blockbuster Marvel film X-Men: The Last Stand.

Her mother encouraged her to model from an early age and by six, she'd been discovered by Boss Models.

She was previously a member of the punk band OMI alongside fellow models Mayana Moura and Isabel Ibsen.

At ten, she moved with her mother, grandmother, two sisters, and brother to New York.

In 2009, she joined Mathieu Amalric in the French science fiction film Happy End.

Omahyra Mota Is A Member Of