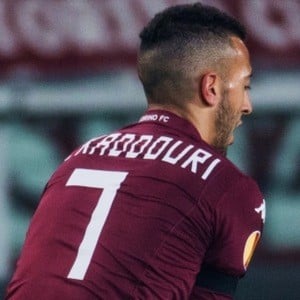 Attacking midfielder who has competed internationally for both Belgium and Morocco, representing the latter at the 2012 Olympics. At the club level, he has played for Brescia Calcio, SSC Napoli, PAOK FC and others.

He began playing for K. Diegem Sport when he was 11 years old.

His parents are from Morocco.

He became teammates with Fernando Varela on PAOK in 2017.

Omar El Kaddouri Is A Member Of