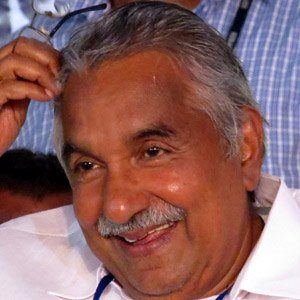 While earning an undergraduate law degree from the Government Law College in Ernakulam, India, he was elected President of the Kerala Students Union.

He was first elected to the Kerala Legislative Assembly in 1970.

His marriage to Mariamma Oommen resulted in two daughters and one son.

He and Benny Behanan both held membership in the Indian National Congress Party.

Oommen Chandy Is A Member Of