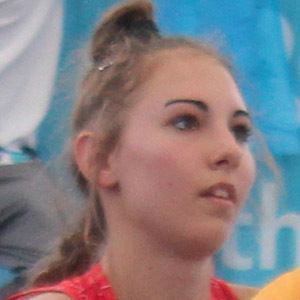 Star basketball player who shot to fame after the 2017 FIBA 3x3 U18 Europe Cup where she led Hungary to a gold medal and was named the MVP. A mixtape of her performance was the #1 video ever on FIBA 3x3's Facebook channel.

She began posting lifestyle and action photos on her Instagram page which has grown to over 40,000 followers.

She shared a picture with her father on Instagram in July 2018.

She became a standout athlete from Hungary like Tamas Darnyi.

Orsolya Toth Is A Member Of