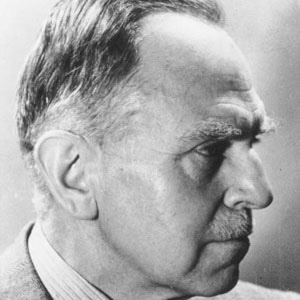 Pioneer in radioactivity and radiochemistry, who is known as the 'Father of of nuclear chemistry.' He won the Nobel Prize in Chemistry in 1944 for the discovery of nuclear fission.

The only break in his intense study of chemistry was for a mandatory year of military service.

He was awarded the Gold Medal of the Pontifical Academy of Sciences by Pope John XXIII in 1961.

Born to parents Heinrich Hahn, a glazier and entrepreneur, and Charlotte Hahn, he had 4 older brothers: Karl, Heiner, Julius, and Otto.

He joined Albert Einstein as one of the most important German-born scientists of the 20th century.

Otto Hahn Is A Member Of