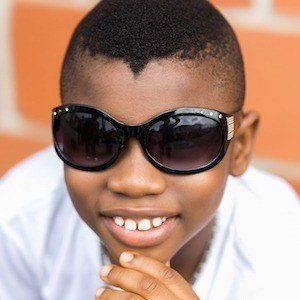 He was just four years old when he won Kids Got Talent. He captured the hearts of the audience but didn't let his limelight go to waste and continued to book various performances following the show.

He performed for and met one on one with the Nigerian President Dr. Goodluck Ebele Jonathan and is the youngest person in the entertainment industry ever to meet with a sitting president.

His full given name is Oziomachukwu Favour Mojekwu. His mother is from Anambra and is named Nonye Mojekwu-Chukwujama.

During his first televised performances he was already compared to the Nigerian superstars D'Banj and Naeto C.

OzzyBosco Wonderkid Is A Member Of