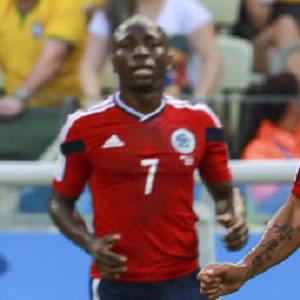 Left back who joined Napoli in 2013 after spending three years with Udinese. He became a member of the Colombian national team in 2008.

He began his professional career with America Cali in 2004.

He made five appearances while on loan to West Ham United in 2014.

He was born in Tumaco, Colombia.

He and Jackson Martinez became teammates on the Colombian national team.

Pablo Armero Is A Member Of