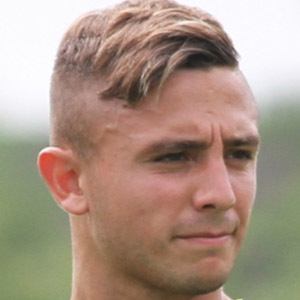 Right back who has risen to fame for his club career played around the world, including for Bundesliga squad VfB Stuttgart beginning in 2018. He signed with Manchester City of the English Premier League in 2015.

He began his youth club soccer career in 2002 for Levante Las Planas. He later signed with Manchester City to play in their youth academy in 2013.

He spent the 2016-2018 seasons on loan with Girona. He helped the squad earn promotion from Spain's Segunda Division to La Liga in 2017.

He is of Italian descent. His parents' names are Marisa and Alfonso.

He and Mario Gomez have played as teammates for VfB Stuttgart.

Pablo Maffeo Is A Member Of