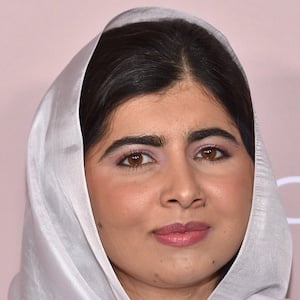 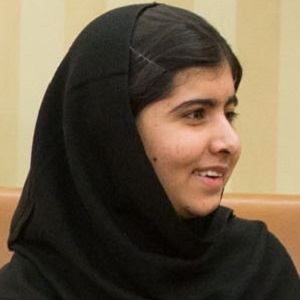 Living in Pakistan's Swat valley, a hotbed of Taliban activity, she began writing a blog about her experiences and her thoughts about being forbidden from going to school.

By October 2012, she became more outspoken in her views; she was shot and seriously wounded in a failed Taliban assassination attempt. She sent her first Tweet from her @Malala account on the day she finished high school.

Her father Ziauddin Yousafzai was also threatened with death for her actions. She has two younger brothers named Khushal and Atal.

In recognition of her extraordinary bravery the U.N. Secretary-General Ban Ki-Moon declared November 10 as Malala Day.

Malala Yousafzai Is A Member Of