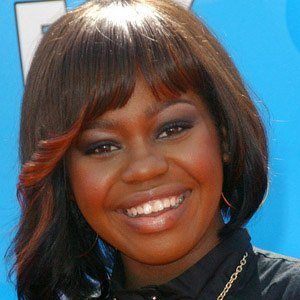 After competing on the fifth season of American Idol, she recorded a debut album titled Princess P. The recording rose to a Top 50 position on the U.S. R&B chart and to number fifteen and number one positions, respectively, on the U.S. Indie and U.S. Heat charts.

Prior to her American Idol audition, she had planned to pursue a career as a gynecologist.

She released a 2008 holiday album titled A Royal Christmas.

Born in Illinois and raised in Minnesota and Georgia, she is the daughter of Sounds of Blackness singer Jamecia Venzett Bennett; the stepdaughter of Ned Abdul; and the sister of Shana, Jamez, Dustin, and Shakur. In 2008 she welcomed a daughter named Egypt Bennett.

Bennett's American Idol audition, a cover of the Dixie Chicks' hit "Cowboy Take Me Away," earned her the praise of judge Paula Abdul.

Paris Bennett Is A Member Of