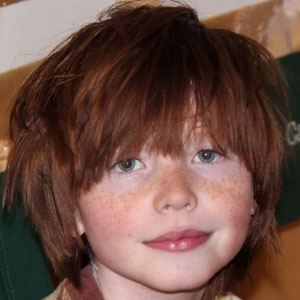 Television actor known for his childhood portrayal of Wade Glossner on the ABC situation comedy The Middle. He also appeared on A&E's Longmire and on Nickelodeon's Gibby.

He began his acting career when he was just five years old.

He appeared in television advertisements for the Nature's Own and Microsoft Bing brands.

He grew up in Pasadena, California as the son of Sharon and Jim Bolek. He has an older brother named Bradley and two sisters.

He had a guest spot on an episode of the Ann Biderman-created series Southland.

Parker Bolek Is A Member Of