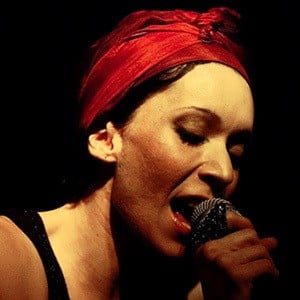 Brazilian singer and songwriter who joined the band Trem Da Alegria in 1984. She later went on to have a successful solo career thanks to a string of hit singles like "Certo Ou Errado," "Doçura" and "Sonho De Amor."

She was influenced by Billie Holiday and Erykah Badu.

She married music producer Bruno E. Their son Arthur was born in 2000.

She appeared on the children's show Clube da Criança with Xuxa.

Patricia Marx Is A Member Of