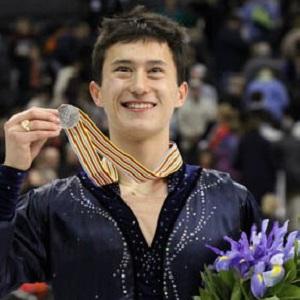 Three-time World Champion and two-time Olympic silver medalist who made his Olympic debut at 19. He has set records in all three categories: short program, free program, and total score.

He started skating at age 5, initially to play hockey, but soon switched to figure skating instead.

He skated for Canada at the 2010 Winter Olympics, where he finished fifth overall after suffering a muscle tear.

His father came to Canada at the age of 4, and his mother came at age 21 to pursue her studies.

He learned how to perfect his craft from, among others, American Olympic champion Brian Boitano.

Patrick Chan Is A Member Of