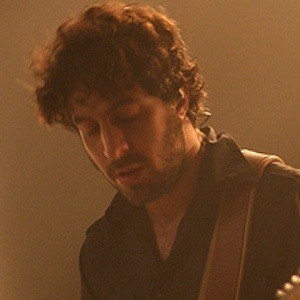 Best known for being the long-time guitarist for the indie rock band The Dears, he is also a singer-songwriter and producer with a debut solo EP called Take It Or Leave. He performed with a side band called Black Diamond Bay.

He began playing with The Dears in 2004, and also appeared on MTV Canada's Project Moose Catch that year.

He worked as a session musician with New Wave Blues.

He is from Montreal, Quebec, Canada.

Patrick Krief Is A Member Of