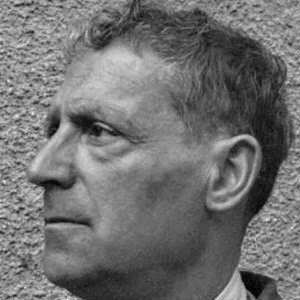 Wrote operas, ballets, and symphonies, as well as propaganda music produced by the German Democratic Republic. He based his oratorio "Hagadah shel Pessach" on a libretto by Max Brod.

He majored in violin at the Klindworth-Scharwenka Conservatory in Berlin, beginning in 1909. He was a répétiteur at Hamburg's City Theatre in 1912.

He was vice president of the Deutsche Akademie der Künste from 1957 until 1962.

His family was musical, with his grandfather serving as a cantor and his uncle working as a concertmaster at the Royal Opera House. His cousin was the well-known operetta composer Jean Gilbert. He married choreographer Ruth Berghaus in 1954.

He served as Kapellmeister at Cologne's opera house under Otto Klemperer from 1919 until 1923.

Paul Dessau Is A Member Of