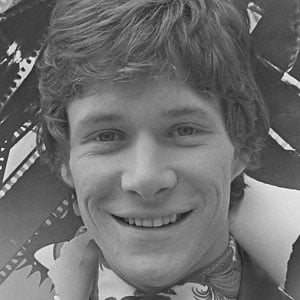 English singer, actor and harmonica player who found success with the band Manfred Mann in the 60's and has appeared in films like 1972's Privilege. He has served as the President of the National Harmonica League and was named Harmonica Player of the Year at the 2010 and 2011 British Blues Awards.

He underwent a serious conversion to Christianity in the mid-80's and has been featured in BBC One's Songs of Praise.

He was married to novelist Sheila MacLeod, with whom he has sons named Matthew and Jacob, from 1963 to 1976. He later married former actress Fiona Hendley-Jones.

He starred opposite model Jean Shrimpton in the cult classic Privilege.

Paul Jones Is A Member Of