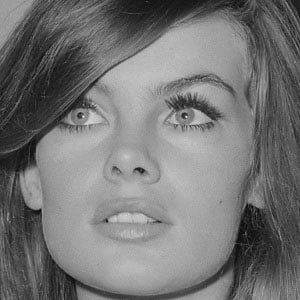 Looked back on as one of the world's first supermodels, she was named one of the 100 most influential fashion icons by Time magazine in 2012.

She started modeling when she was 17 and landed cover photos on famous magazines early on such as Vogue and Vanity Fair.

She was also modeled for Glamour, Bazaar, and Elle to name a few.

She married in 1979 to a photographer named Michael Cox.

Her sister Chrissie had been linked to rock star Mick Jagger.

Jean Shrimpton Is A Member Of