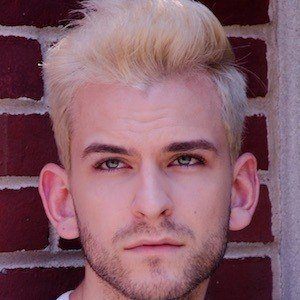 Self-taught special effects makeup artist who has built a following of over 1.8 million fans on his pauliesfx TikTok account. He is also popular on Instagram, sharing daily photos of his creative creations. He became a NYX Face Awards finalist in 2018. He also goes by Paul David on social media.

He worked on his own to attend college for theatrical production and worked as a makeup artist for a production company while there. It was there that he developed his body painting and special effects skills.

His family hails from Connecticut and he is close with his sisters, Lynn and Lori. He would later live in Greenville, South Carolina.

He is a makeup artist popular on social media, much like Zach Zenga, Jordan Hanz, and Alex Faction.

Paul Jutras Is A Member Of