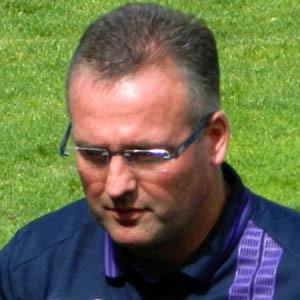 Scottish soccer manager who took over the head role at Aston Villa F.C. in 2012.

He made 40 appearances as a midfielder for Scotland's national team during his career as a player.

He was named Football League Championship Manager of the Year in 2011.

He married Monica Lambert in 1990 and he has four children: Christopher, Nicola, Victoria and Kira.

He was teammates with Barry Ferguson on Scotland's national team from 1998 to 2003.

Paul Lambert Is A Member Of