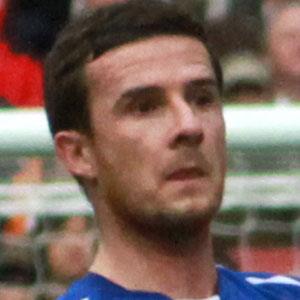 Midfielder who spent the first seven years of his career with Rangers FC, played for Birmingham City from 2009 to 2011, then joined Blackpool; member of the Scottish national team from 1998 to 2009.

He began his youth career at the age of 16 for Rangers FC.

He played against Marco Amelia and the Italian national team in 2007; the match ended in a draw.

Barry Ferguson Is A Member Of