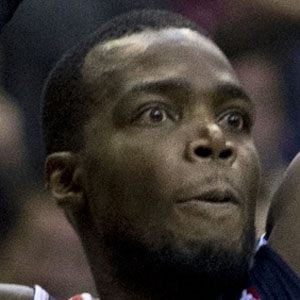 NBA power forward/center known for his staunch defense and all-around hustle on both ends of the court. He spent the first seven years of his NBA career with the Utah Jazz, then played for the Atlanta Hawks from 2013 to 2017 before signing with the Denver Nuggets. He was named to his first NBA All-Star team in 2014.

He played 3 years of college basketball at Louisiana Tech.

He was raised with an older brother named John and two younger brothers, Elijah and Abraham. All three of his siblings played different levels of basketball. He has three daughters, Pnauyona, Xylah, and Paula with his wife Latoria.

He attended the same college as NBA Hall-of-Famer Karl Malone.

Paul Millsap Is A Member Of