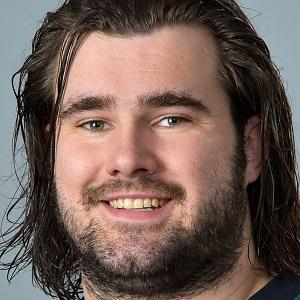 Pro Bowl center gifted with exceptional athletic ability and speed for his size who was drafted by the Philadelphia Eagles in the 6th round of the 2011 NFL Draft.

He played his college ball at the University of Cincinnati like fellow Philadelphia Eagles Trent Cole, Brent Celek and Connor Barwin.

He became the first professional athlete to compete in Wing Bowl in 2014 where he ate 65 wings in 14 minutes.

He was born in Cleveland Heights, Ohio.

He has been compared to former Pro Bowl center Jeff Saturday.

Jason Kelce Is A Member Of