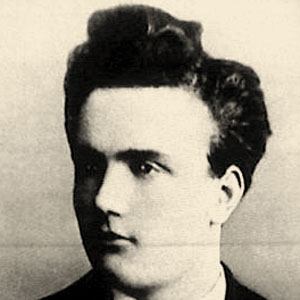 Best remembered for inventing a TV transmission device known as the Nipkow disk, this Prussian-born inventor ushered in the modern entertainment era.

In his early years, he studied various sub-fields of physics under the prominent scientists Adolf Slaby and Hermann von Helmholtz.

A native of Lauenburg, Prussia (modern-day Poland), he was born into a family of Polish Kashubian heritage.

Paul Gottlieb Nipkow Is A Member Of